A bit of a mix

I seem to have a few things going on at the moment. First is a continuation of building some scenery for my games in the Back of Beyond, primarily a Russian village. So first up was some more fencing. 6 extra pieces completed. Again sticking to the two types I have done so far. 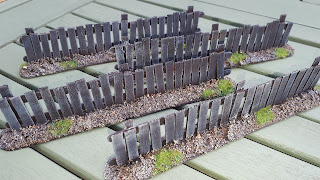 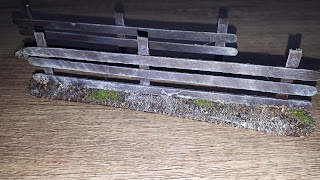 Nice and simple to put together and a lot cheaper the buying them ready made. I'm going to try a few gated sections next as this batch would cover 7 feet so far. Probably need double this amount.
Next was a couple of buildings from Pegasus hobbies. Kept them simple and rustic. I do plan on picking up another set of these as well as a church. 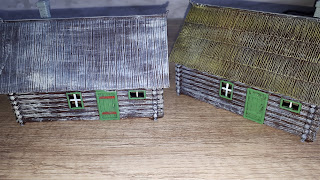 On the figure front it was back to the Russian Civil war with 2 extra officers and another standard bearer from Copplestone. Can't see me adding anything extra unless it is an armoured car or two. 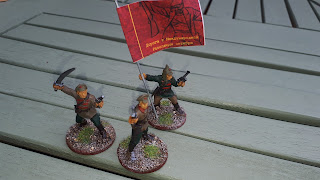 Lastly could be the start of another small force for Back of Beyond gaming. This time the German Asia Korps sent to Palestine to support the Turks against the British. I like the idea that they were issued with Tropical khaki uniforms as well as taking their field grey uniforms with them due to some impracticalities with the Tropical uniforms. This also allows you to mix the uniforms across the units. Luckily I had 2 plastic sprues from Wargames Atlantic that I had picked up with the intention of using for conversions. So first 6 built and painted as a bit of a test. Quite like the look of them. 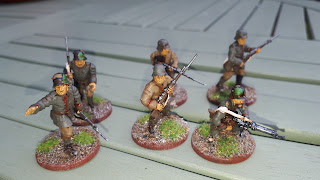 Got the other 6 built and undercoated. I'll start them after a family trip.
Posted by Neil Scott at 03:06

Labels: 28mm, Back of Beyond, RCW, Scenery

Yes. the scenery looks good, as do the new German additions. Hope you enjoy the family trip!