Dragon Rampant at the Club

On Thursday night at the club, some of my recent additions to my Orc army got there first run out as part of a 4 player game  each with 50 points. I was partnered with Mitch and we had a veritable horde of Orcs led by Nazgul. We also had a few trolls to add a bit of muscle. George and John had an alliance of Men, Elves and Dwarves to face us.

The game came down to Mitch getting his forces moving against George who couldn't roll above a 3 in every combat. This saw his Elves and Dwarves pummelled. On my flank, the Orcs seemed to spend all day sitting in the woods. The poor Troll attacked on its own and was made into a pin cushion. Late in the night I eventually attacked with some mixed results. But enough damage was done to claim victory for the Orcs. 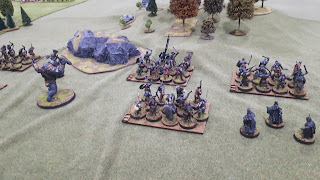 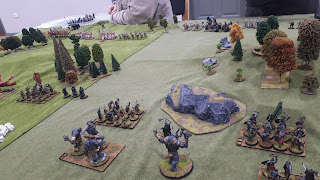 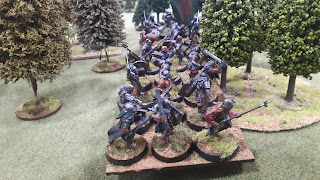 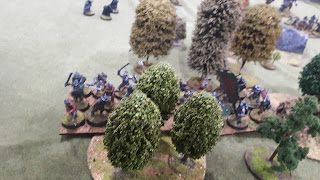 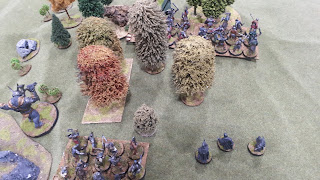 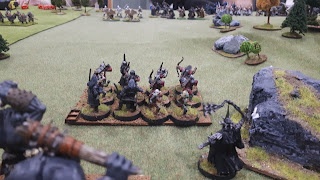 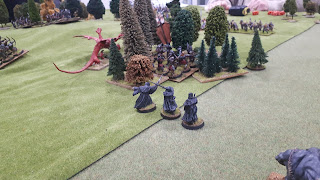 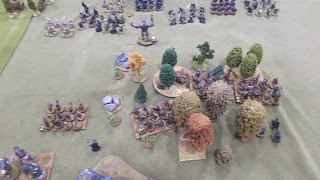 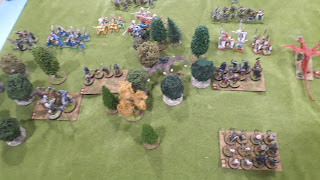 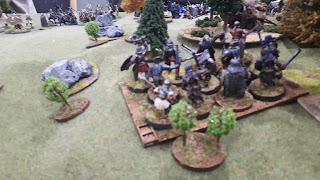 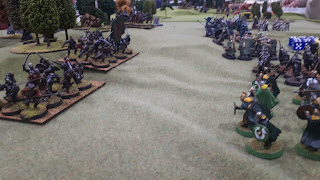 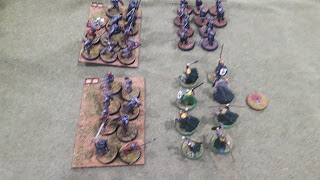 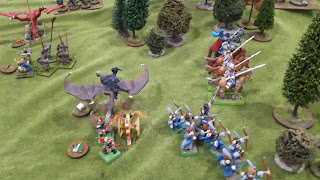 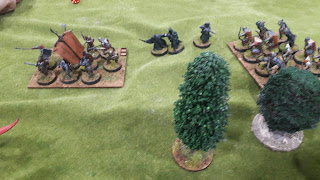 Now back to painting more Orcs before I can start on some Men and Elves.
Posted by Neil Scott at 04:42