With receiving the PDF version of Infamy, Infamy today; I needed to push on and get my Caesarian Romans up to fighting strength. So here they are, a second group of unarmoured/levy legionaries.  Like the first group these are from 1st Corps. I deliberatly kept the shields plain white and different from the first group. 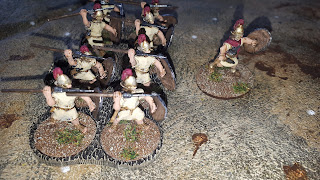 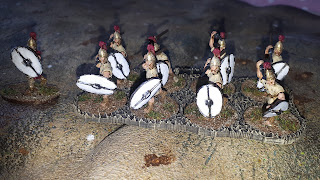 And now side by side with the first group. I may expand these in the future to a second Caesarian force to fight Caesar vs Pompey. 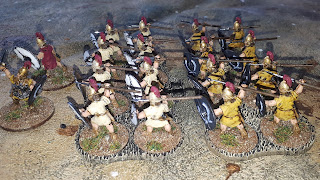 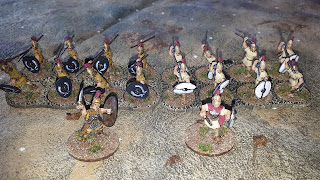 In addition to these I have some Balearic slingers which just need there bases finished. There will also be a unit of Spanish Caetrati and some Gallic cavalry. I have ordered an extra sprue to put together a second unit of Caetrati.
Posted by Neil Scott at 11:05

Looking good the force is coming together nicely

Great work Neil. You seem to be pumping out the figures in double quick time.