After testing my home brewed rule adaptions for fighting larger battles in Middle Earth, it was time to bring the Elves up to atleast fighting strength. So far I've had to rely on John providing his Gondorians to put on decent sized games.

So first up is the last 2 companies to make up what has been affectionately named the 'Blue' command by club members. These are designated as heavy infantry.  I did use some spares from Oathmark to make standard bearer (still needs a standard added) and an extra spearman from a broken figure. 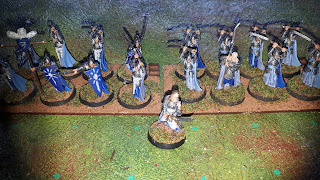 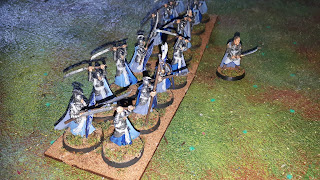 Next up was a company to add to the'Green' command. These were a mix of armoured and unarmored figures from the GW Galadhirim range. I do have enough figures left over to make up an archer company. 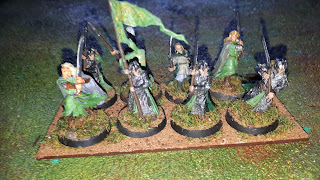 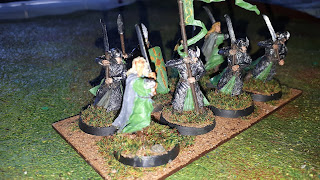 To lead the mounted component of the army I've used the Glorfindel model from GW. Not my favourite, but he does at least look heroic. 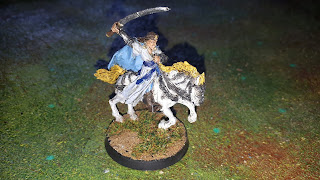 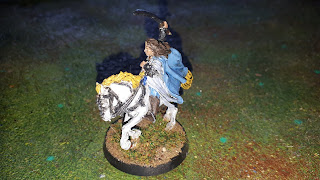 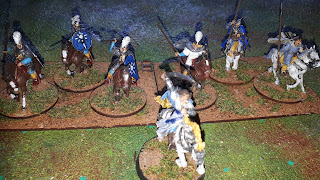 To further expand the force I can add 5 more infantry companies using some Oathmark figures. I also have another company of riders using Conquest Normans. I'm also repurposing some GW Reaver knight which can help bulk up the mounted arm until Oathmark produce some Elven cavalry. 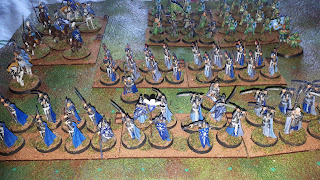 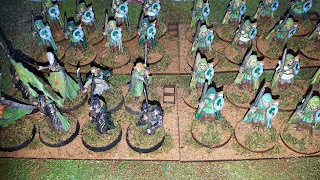 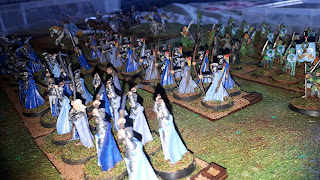 Now I feel the need to switch periods for awhile as I need to start on some 28mm WW2 Germans.
Posted by Neil Scott at 04:13