After a small club game on Thursday night I decided to add a few extras to my Crimson fists space marines. Going through the old spares box I was able to add some extra close assault troopers, a couple of heavy weapon troopers and enough tactical marines to round them out at 3 squads. 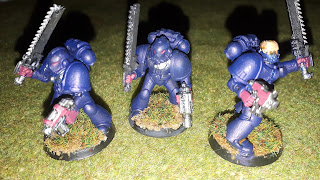 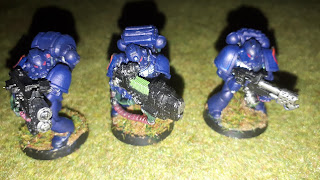 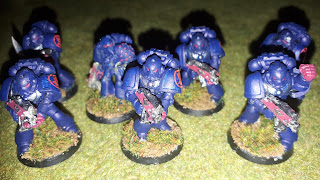 Next up was some vehicles to make the force more mobile  especially as I envisage games where they are responding to attacks or out on patrol. I've been able to add a dreadnought, a very old rhino kit from my youth. The other 2 vehicles are from Old Crow. The beauty of Rogue trader is I can create my own stats for these. 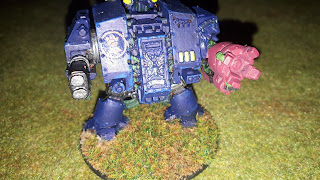 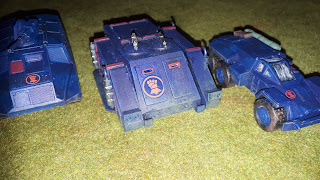 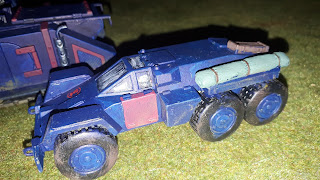 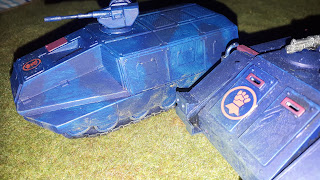 So I reckon that's 2 weeks work to get a usable force on the tabletop to face the Orks. Now I can get back to my Crimean War project. 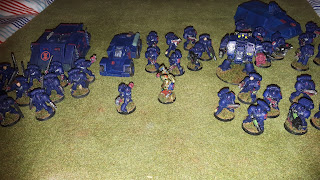 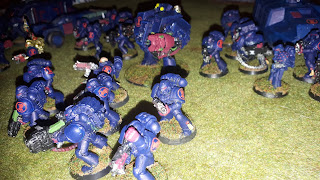 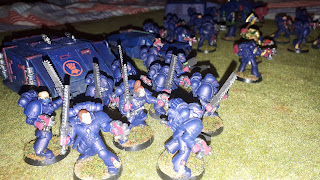 You definitely nailed the 2nd edition look with these marines. It's always good to see more old school models, especially the dread).