Well the collection saw its second run out at the club using the En Garde rules. Both forces came out at 135 points.

The game saw 2 families, the Grahams and Fosters fighting over a small farm. Though most of the fighting took place on the wooded hill. 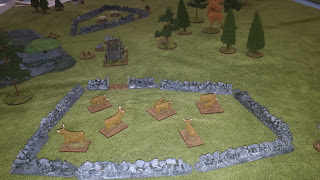 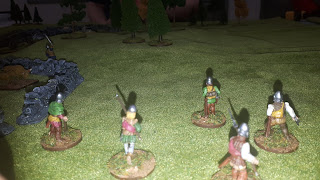 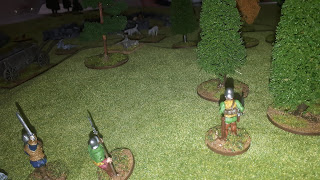 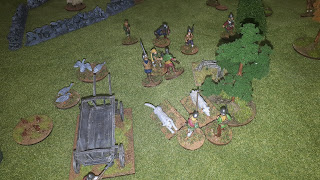 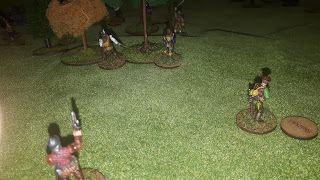 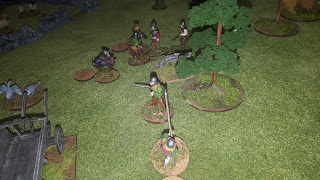 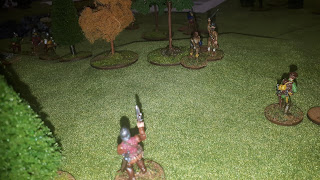 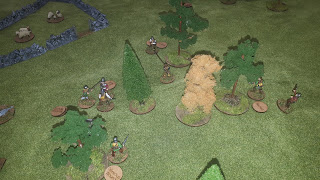 The game saw both chieftains killed in the melee. The Chief of the Fosters took out his rival in melee, before being wounded by a pistol shot and being overwhelmed by vengeful Grahams.

We also tried out a couple of war hounds. I can see their potential but need more than 2. As a maximum of 4 models can be involved in a single melee, 3 war hounds can trap a single model, where as with only 2,  I was able to add a second fighter and saw off the hounds.

Overall I can see the potential of these rules. I even begun adding to the collection with a mix of Reivers arriving from Vendal and Hoka Hey. I also picked up some civilians from Reiver castings. I've also picked up some of the muskets and pikemen from Warlords wars of religion range which will see service as Garrison troops.
Posted by Neil Scott at 13:27

Looking good and the collection is growing always a good sign

Thank you. It is, got a few more games planned