After my first game of these rules I decided to add a few more figures. Mainly just to provide some of the extras I'll need for future scenarios.

First up is a couple of heavily armoured chaps from the Blacktree miniatures Crusader range. I can use these as a knight and Templar. 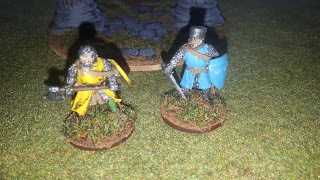 Next up was a couple more companions. A second Savage and a Conjuror from the Frostgrave range. 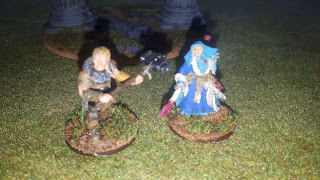 Next were to be some Cultists. It was then I realised I had used all the bodies for some undead warriors. I then remembered I had some plastic Gripping Beast Arab spearman left unused. So a few simple head and arm swaps and I have my cultists. I even found an old GW Redemptionist figure to act as a leader. 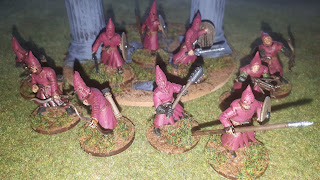 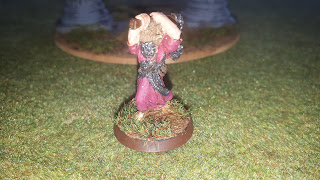 Next up I made a start on some extra scenery pieces just to clutter up the battlefield. 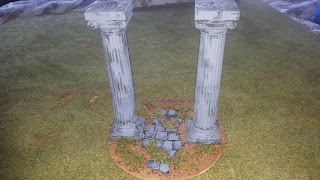 I've got 2 more of these done up, just need their bases finished.
Posted by Neil Scott at 06:32